He was born in Italy and immigrated to Canada in 1951 via Pier 21 in Halifax. He lived in Toronto where he attended public school. He returned to Italy in 1966 to pursue his studies at the University of Naples Eastern University, graduating in Languages, Literatures and Institutions of Western Europe with highest honors. Mr. Blasi became assistant professor in the Orient teaching English literature and in 1996 he withdrew from the Italian school system to become a freelance teacher by setting up courses in Ceprano, Alatri and Frosinone, in central Italy.

Since 1986 he has conducted studies on the Second World War, focusing particularly on the fronts of Anzio and Cassino. He worked for the Canadian Embassy in Rome and for the Ministry of Veteran Affairs in Canada. He was a consultant for six documentaries on the Cassino and Anzio fronts: for Frantic Films-Winnipeg, CSOR-Petawawa, FSSF Association, Treehouse dream and War Junk.

Since 2006 he has organized trips to Italy and France for the FSSF Association and for New Zealand veterans. Blasi participated in Operation Husky 2013 in Sicily for the commemoration of the landing and fighting of the 1st Canadian Infantry Division from Porto Palo to Catania and was honored by the Canadian Senate in 2014 for his collaboration with the Canadian Forces in the Liri Valley in 1944. Gianni Blasi was an integral part in the making of the documentary in Montecassino. A fountain of historical knowledge. 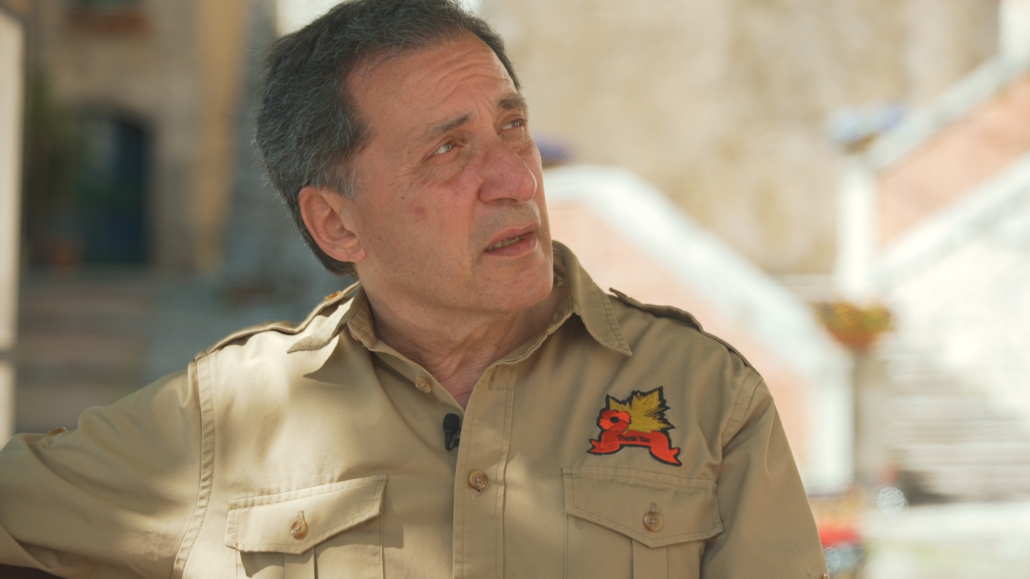 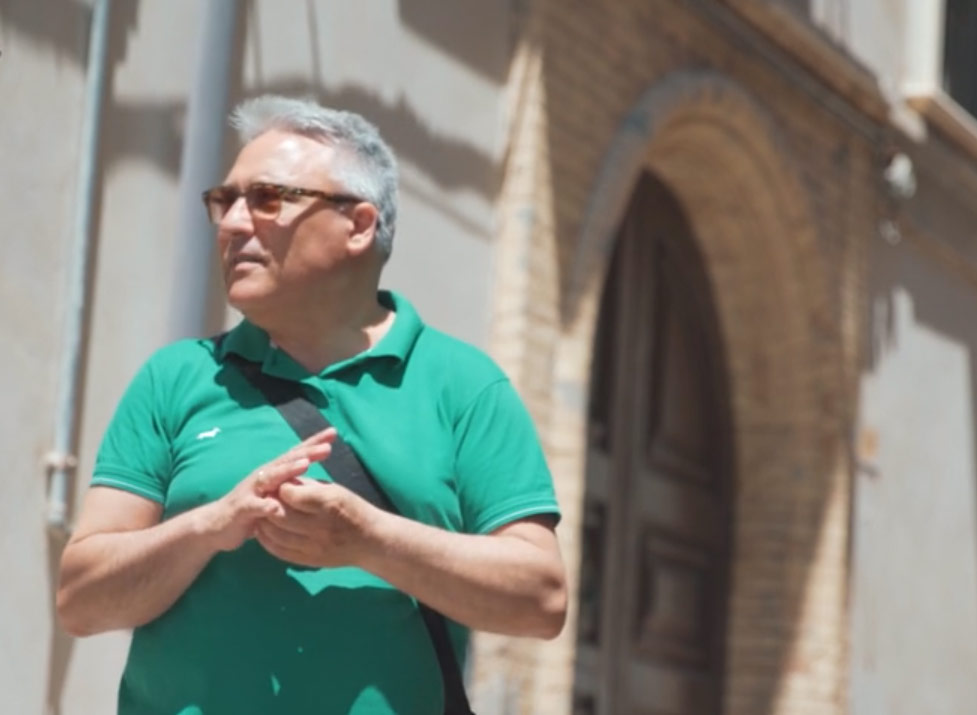 Andrea Di Marco is a lawyer and honorary magistrate who mainly carries out his profession in Ortona, where he leaves with his family.
As a passionate of history, particularly interested in everything concerning the battle of the Sangro and Ortona, between November and December 1943, has developed , over decades, an in-depth knowledge in the Italian archives , at the Bubdesarchives of Freiburg im Breisgau, at the National Archive of Washington and at the Public Record of London, of historical events and the protagonists of the opposing sides. Moreover, as supervisor, he also participated to several conferences and meetings of historical interest, he published historical articles about Ortona’s battles. He collaborated in a national and international level at several documentaries about the war in Abruzzo and the Ortona’ battle.
He frequently accompanies groups of veterans and relatives of those were killed on war, to view and describe the places where the most significant moments of that battle have developed, to retrace the routes of the attacks, to locate the locations defensive, to know the morphology of the terrain and, therefore, the difficulties in which the opposing armies found themselves during the fighting.
Following the research work carried out in the German archives he was able to get in touch with the relatives of some of the fallen Germans at the Battle of Ortona, having the opportunity to tell the story of this battle through the recovery of an extensive historical and archival documentation that led him to publish, in December 2013 to mark the 70th anniversary of the Battle of Ortona, his first book “Absolutely Resist ! The battle of Ortona through the war diaries and the memory of the German soldiers. The presentation of the book, which took place in the presence of a large and interested public on December 27, 2013, saw for the first time together, at a commemoration of this important fact of arms, the Military Officer of the Canadian and German Embassy.
Andrea Di Marco, with his historical contribution, offered a reading of that battle starting from military political strategies until gradually bringing himself to human height going to make us understand how symmetrically identical emotions, the sensations, the tragedies of humanity of what he simply calls “the other fighters”, giving voice to those who lived those sufferings and moods: through official reports, memoirs and the pages of the diaries of those who had fought in Ortona, managed to give a description of the horrors through the eyes of those who were there regardless of the color of the uniforms and the ideology that distinguished them.

He is currently working, after a long period of translation of documentary material, on a new book describing the German defensive strategy from Bernhard Linie to Moro Stellung (October – December 1943) and another that tells the story of the 26th Panzer Division from the Sangro line defense until January 1944.

ANTHONY SARRACCO is the producer and director of the documentary Montecassino: the indestructible Abbey. Anthony is a proud member of the CSC and has won several awards for fiction in multiple areas. This last project in particular is in the heart of the young director. Anthony’s family immigrated to Canada at the end of the 50s, after the war had settled in Italy. His grandparents not only lived through the war, but lived a few steps from the Abbey of Montecassino. During his childhood he spent his summer holidays with Isuoi grandparents who, after many years in Canada, returned to the land they had left behind to spend a quiet life. 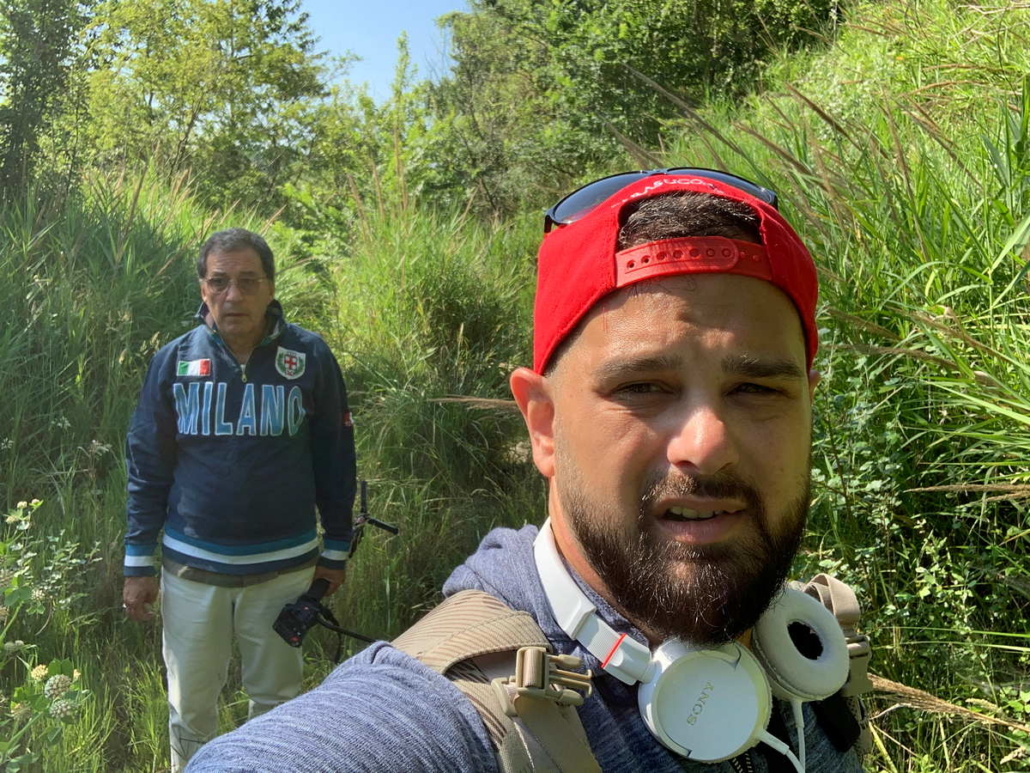 Versioned with the participation of the 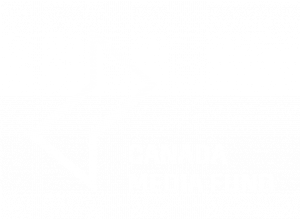